Chasing dreams is the second best thing in any journey, attaining this dream and turning it to reality remains the best achievement. 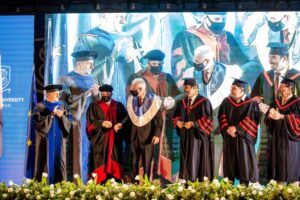 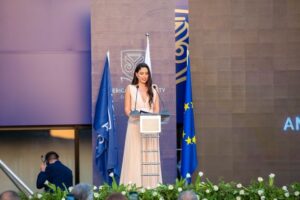 The inaugural ceremony of the American University of Cyprus took place on Thursday, 27th of May 2021, under the auspices of the Minister of Education, Culture, Sport and Youth of Cyprus, Mr. Prodromos Prodromou, in a festive atmosphere. The university’s campus hosted this special occasion in the presence the most venerable Kition Metropolitan, the Archbishop of Maronites, Ambassadors, MPs from Cyprus and Lebanon, Mayors of Larnaka, Levadhia and Ayia Napa, representatives of the Cypriot Army, Police and Fire departments, School Directors and counsellors, as well as other distinguished guests and officials. 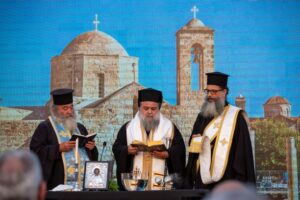 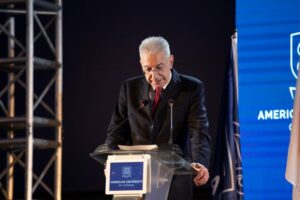 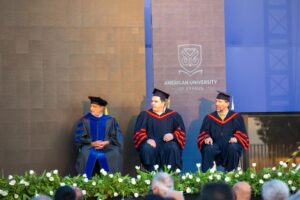 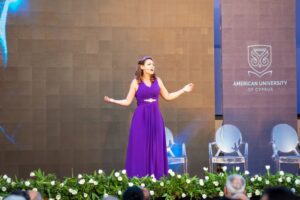 Mr. Farid Haikal, Director of Admissions and Marketing, who highlighted the long-standing commitment of AUCY; to eliminate inequalities and disparities in higher education by providing a number of scholarships and financial aid programs to its students, for a unique opportunity to invest in their academic future effectively and securely.  Mr. Haikal also referred to the official agreement and collaboration of AUCY with the one of the most reputable Universities in the United States and Europe, with world-class academic programs, student exchange, faculty exchange and research exchange programs the state University of Massachusetts (UMass Dartmouth) in the United States.  During his presentation, the Provost of UMass Dartmouth) in the United States Michael Goodman, addressed AUCY’S family by congratulating them on the official inauguration. He also placed emphasis on the importance of this affiliation to both countries. 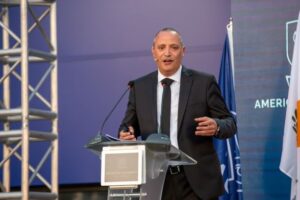 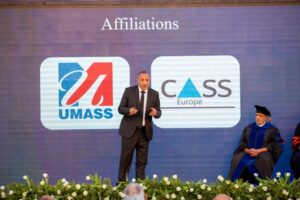 In his speech, Mr. Christos Karas, member of the board, stressed the university’s responsibility to offer study programs with very strong prospects for immediate professional placement in various fields.  Mr. Karas also placed emphasis on community engagement as a vital part of AUCY’S mission and vision. More specifically he stated that all AUCY facilities are now available and free of charge, not only for the students of the University but also for the Community, to enhance the lives of residents in numerous ways.  Addressing the minister Mr. Karas urged the state to establish and organise a joint effort of public and private universities, to promote Cyprus as an international educational hub. At this point Mr. Karas made reference to another signifigant, official agreement between AUCY and the Cass European Institute of Management Studies (Cass Europe),  a modern, forward-looking institution with over 40 years at the leading edge of business education. 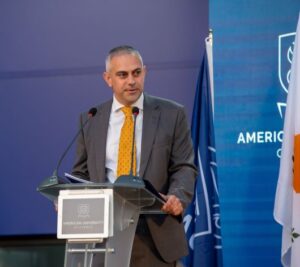 At the ceremony, the Rector of the University, Dr. Marc Antoine Zabbal, extended a welcome address, and expressed his gratitude and respect towards all those who worked hard for the creation of the AUCY, especially the board members and partners: Mr. Nikolas Karoullas, Dr. Tarek Sadek, Dr. George Phylactou, Mr. Christos Karas, Mr. Farid Haikal and Mr. Joe Ibrahim. He also emphasized that students will be the leaders of the university and AUCY family is ready and willing to listen to them, develop and thrive with their contribution. 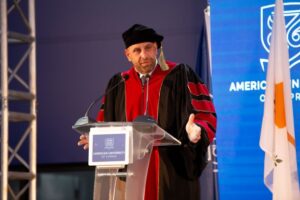 The Minister of Education, Culture, Sports and Youth, Mr. Prodromos Prodromou, stated that the establishment of new universities, such as the American University of Cyprus, with high expectations in the provision of quality Higher Education and commitment to excellence is an  important step towards the fulfillment of the government’s strategic goal to make our country a regional and international Higher Education and Research Center: ‘The contribution of Institutions of Higher Education to the achievement of the above goal is welcomed and encouraged by the Ministry of Education, Culture, Sport and Youth, which is ready to provide any support needed.’ 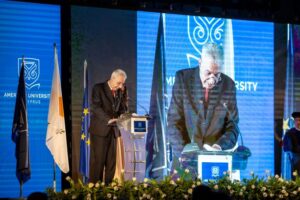 Concluding he congratulated everyone for their great efforts towards the establishment of a new Private University and wished every success in the very promising field of Higher Education. ‘Educating new generations, equipping them with the necessary knowledge and skills to fulfill their dreams and thus to be able to contribute significantly to the economic and social life of their country, is a challenging and important task.  Wishing you all the best at the beginning of this effort, I am convinced that the American University of Cyprus will serve the Higher Education sector with zeal and dedication to academic quality and excellence.’ 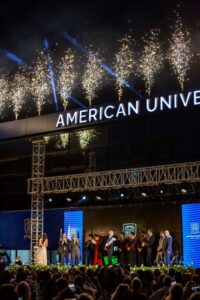 The highlight of the ceremony was the official announcement of Mr. Prodromou as an Honorary member of AUCY, by the Board of Trustees. 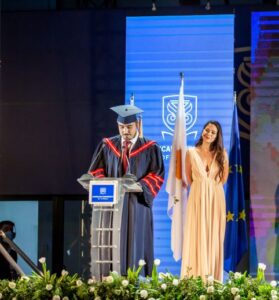 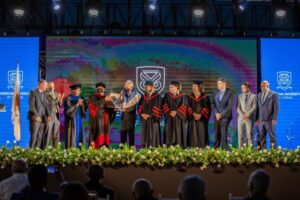 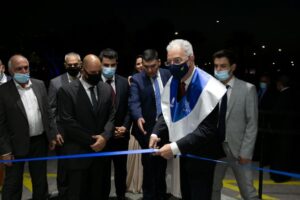 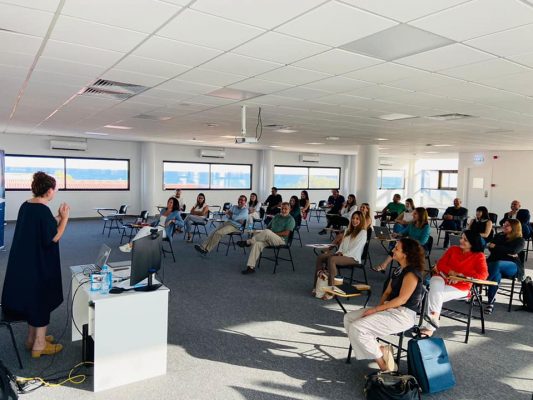 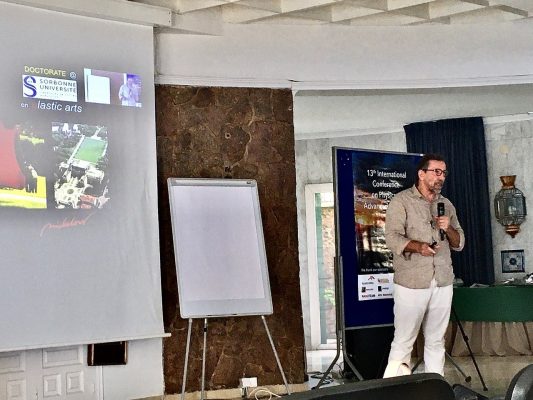 “The sound of Nano” 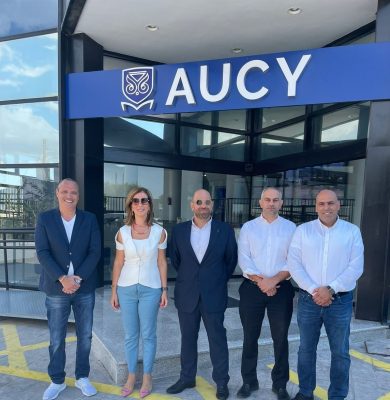 The Ambassador of Lebanon in Cyprus, Mrs. Claude Hajal 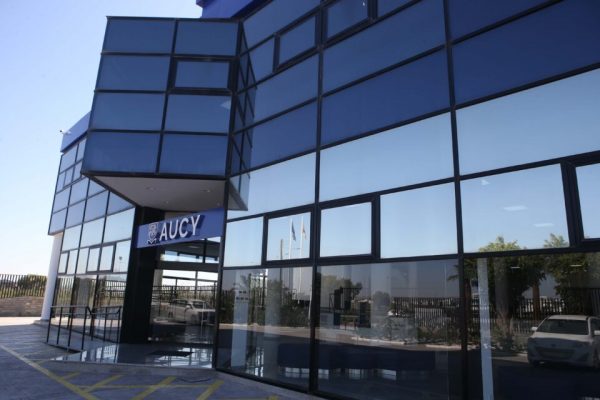 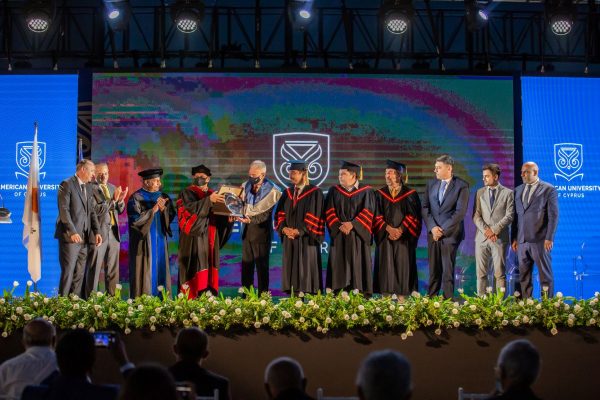 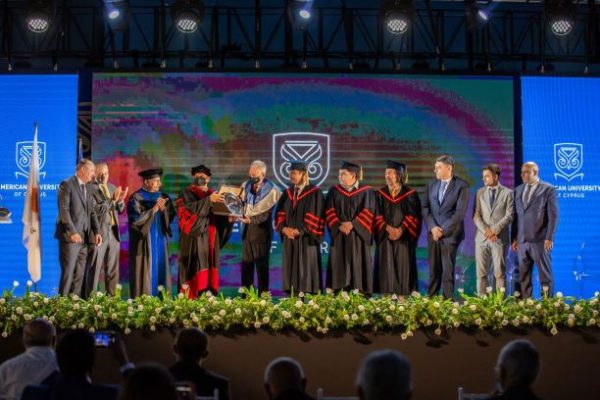